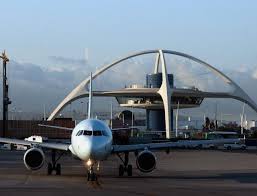 Commissioners at Los Angeles International Airport (LAX) have approved a proposal to build an “ultra VIP” terminal for A-list celebrities to help them avoid the cameras of the paparazzi. The proposal calls for the redevelopment of a cargo hanger into a VIP terminal for high net-worth flyers. For a fee of up to $1,800 per flight, celebrities and diplomats will be able to go to their own terminal complete with its own security screening, passport control, and executive lounges. They will then be driven directly to the plane when it’s time to board. While most U.S. airlines offer special services and priority boarding for celebrities and other VIPs, the LAX move is the first to completely separate them from plebian class.

The timetable for the new terminal calls for a temporary facility to open at LAX by the middle of next year while a permanent terminal is constructed. Private celebrity security firm Gavin de Becker and Associates, which will operate the terminal, has targeted revenue of about $34 million during its first 10 years of operation. The facility’s design is based on the Windsor Suite at London Heathrow Airport which was originally used exclusively for the royal family and visiting diplomats but is now open for anyone for a $3,000 fee. If successful, the concept may be rolled out at other major airport locales such as New York’s JFK International Airport.

Will Outbound Travel by Chinese Cool off in 2016?
HODGE PODGE: Shifts, Shakeups and Occasional Shaftings in the Tour and Travel Industry