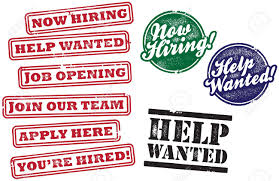 When the news came out over the past weekend that Choose Chicago had decided to choose David Whitaker, chief marketing officer of Brand USA, to be its new president and CEO, we were surprised that the choice had gone to someone who had joined Brand USA only a year ago.

Was it coincidence—or something else—that left destination USA’s chief marketing office without a chief marketing officer for the third time in a little more than three-and-a-half  years? For, as competent and capable as the team at Washington, DC-based Brand USA is, no organization that has been commissioned as the marketing organization for the U.S. as a travel destination can function as an efficient marketing engine with such quick turnover in a position that is one of the key parts of that engine.

The news of Whitaker’s impending departure first came out publicly in a June 3 news item by Crain’s Chicago Business. Several sources, it said, had confirmed reports that Whitaker would named as Choose Chicago’s president and CEO this week. Whitaker would succeed Don Walsh, who announced his resignation from the post last January, and left in March to take on the job of president and CEO of Destination Marketing Association International, which is based in Washington, D.C. Welsh joined Choose Chicago five years ago.

At a June 2nd Brand USA Marketing Committee meeting, attended in person or via telephone by four board members, with Whitaker present and participating, no one spoke at all about Whitaker’s impending departure.

A Background Brief: The turnover phenomenon at Brand USA has roots, perhaps, that are five years old. Known then by its legislatively designated name, the Corporation for Travel Promotion, it became a legal entity when President Barack Obama signed into the legislation that created it in March 2010. It operated with its volunteer board and contributed time from the private sector until May 2011, when it named Jim Evans, a long-time veteran of the hotel industry, as its first president—just in time for IPW (then known as the International Pow Wow) in San Francisco.

No. 1—Chris Perkins: For its first chief marketing officer, Evans and the Brand USA board of directors, then chaired by Stephen Cloobeck, the founder and chairman of Las Vegas-based Diamond Resorts International, selected Chris Perkins, an advertising executive who had his own Boston-based firm as well as numerous working relationships in the advertising and PR field. In September 2011, Perkins began his tenure with the Corporation for Travel Promotion, which became Brand USA while he was in the job. It was during his time at the organization that the Brand USA logo, which some thought resembled candied dots, was adopted.

In June 2012, a little more than a month after IPW in Los Angeles and after a year on the job, Evans quit as president and CEO. Caroline Beteta, president and CEO of Visit California, and a member of Brand USA’s board of directors (she was vice-chair at the time, moving to the position of chair in October 2012), took over as interim CEO of the agency.

Then, just more than three months later, at about the same time the Brand USA board announced that it had selected Christopher Thompson, the president and CEO of Visit Florida, as its new leader, Perkins announced that he was leaving the organization. He was on the job about 13 months. The speculation within industry channels was that there was substantial friction between Perkins, a quiet, cerebral and soft-spoken manager, and Cloobeck, an aggressive high-profile businessman (he was featured twice in 2012 on the popular “Undercover Boss” television program) accustomed to taking decisive action quickly.

Perkins today is today is managing director of Bernstein-Rein Advertising, a well-known firm based in Kansas City.

No 2— Yvonne La Penotiere: Chris Thompson hardly had time to focus on personnel decisions when he took over the helm at Brand USA. He came into a situation in which the organization had no business plan in place—considered a fundamental for an organization whose business year is the same as the federal government’s Fiscal Year, which begins Oct. 1—and had to scramble furiously to put one together by February 2013. He also had to deal with scores of unsolicited pieces of advice—good and not-so-good—on the direction of the organization and the turnover of personnel by some employees who expected Brand USA to operate at the pace and intensity level of a government organization populated with lifelong employees.

It was not until June of 2013—at IPW in Las Vegas—that Thompson was able to introduce La Penotiere publicly to IPW delegates as Brand USA’s new chief marketing officer. Her credentials were unassailable. She had worked for several major international companies—including Pillsbury and the Carlson group—in sales, marketing and branding. But, before much time had passed, Penotiere had to return to the Minneapolis area, where she had worked before for almost her entire professional career, because of family matters. Officially, Penotiere left the organization a year after joining it but, in a de facto sense, she was gone before that.

The search for a successor to Penotiere was a long one—almost a year. During this period, Tom Garzilli, senior vice president, global sponsorships, filled in when an event, a sales mission or a discussion with industry partners required a presence.

No. 3—David Whitaker: In Mid-May last year, it was announced that David Whitaker was leaving his post as president and CEO of Tourism Toronto to become the new chief marketing officer of Band USA, and the appointment was warmly received. He left behind a strong record. In fact, in a 2010 poll, conducted by Watkins Research of over 600 meeting planners in North America, Tourism Toronto, under Whitaker, was ranked the number one Destination Marketing Organization/Convention & Visitor Bureau in North America. Before joining Tourism Toronto, Whitaker had spent 17 years with the Greater Miami CVB, lastly as executive vice president and chief marketing officer. DMO officials, in particular, were particularly pleased with the announcement, as Whitaker became the first person who had served at a DMO to hold the position.

It also helped that Whitaker knew Thompson well. Their paths had intersected many times while Whitaker was at the Miami bureau and Thompson was executive director of the Leon County (Florida) Tourist Development Council and, later, the president and CEO of the Tallahassee Area CVB.

Why Would he Leave so Soon? So, why would David Whitaker leave Brand USA and Washington, D.C. so quickly to go to Chicago and the appreciably harsher winters in that city?

As we discussed this matter with different travel industry professionals, sources based in Washington who are familiar the dynamics of the situation told us that the CMO position at Brand USA and the layers of review it entails Brand USA is a  private/public entity whose activities are the levels of scrutiny and oversight by both the U.S. Department of Commerce and Congress, with the latter demanding proof of ROI and justification for promotional expenses considered normal in the private sector—dampens the freedom of creativity that normal CMO positions have.

Additionally, in the case of Whitaker, there were other factors. When he took over in Toronto eight years ago, our source explained, the situation was in a state of disarray similar to that which now exists in Chicago. The executive recruiter retained to fill the top slot at Choose Chicago “went after him assiduously,” positioning the job as “another opportunity to turn a destination around.”

There are also other reasons—more than a half-million of them. According to according to a Chicago Sun-Times Watchdogs investigation, the total annual compensation of Don Welsh, Whitaker’s predecessor, had reached $581,822. But, according to Chicago officials, Whitaker’s starting annual salary will be $380,000.

Complete Issue June 2, 2016
Tui Moving Closer to “One Brand, One Logo” … and More from Germany