You are here: Home / Trends & Research / What is Near-Term Outlook for Inbound Travel? 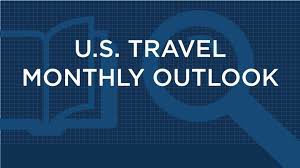 So much for the June uptick. According to the TTI’s Leading Travel Index (LTI), a variety of factors point to renewed sluggishness in international travel growth throughout the remainder of 2016—among them the global market’s unfolding reaction to the June 23 Brexit vote to withdraw from the EU and the problems already presented by the continued strength of the dollar.

The June Current Travel Index (CTI) registered at 51.6, on par with the 6-month moving average of 51.6 (numbers above 50 indicate growth, and scores below 50 show contraction). The travel industry at large remains in expansion mode, as the CTI has registered above the 50 mark for 78 straight months.

A Note on Methodology: The TTI consists of the Current Travel Index (CTI), which measures the number of person-trips involving hotel stays and/or flights each month, and the Leading Travel Index (LTI), which measures the likely average pace and direction of business and leisure travel, both domestic and international inbound. It assigns a numeric score to every travel segment it examines—domestic and international, leisure and business—in current, 3-month and 6-month predictive indicators. As with many indices similarly measuring industry performance, a score above 50 indicates growth, and a score below 50 indicates contraction.