Will Waggott has stepped down from the executive board of Tui. Waggott, CEO of non-mainstream travel at the company, had held the position for two years. He will head up the Travelopia group of the 50-plus specialist brands that Tui is selling off. During his 15-year tenure at Tui, Waggott has also headed up LateRooms.com and Hotelbeds Group.

Tico Soto recently left his post as director of tourism for the New Orleans CVB and has launched his own tourism business, Tourism Tactics by Tico!, which will help travel suppliers and destinations with their product development and in their dealings with international source markets. Prior to his tenure with the CVB, Soto served for more than 17 years as sales director for the Lake Charles/Southwest Louisiana CVB.

Axel Kaus, a Hannover, Germany-based tour and travel industry consultant and representative who has operated his own firm for more than 15 years, recently took over as head of operations in German speaking nations for TravMedia, the global company that sponsors events and services for tour and travel companies to help them interact with media professionals

Brian Hynes has been named senior sales manager for The Travel Corporation in Dublin. He joined the company from Trailfinders, where he served for nearly six years as sales supervisor.

In Brazil, Flavia Leite has joined the sales team at the Grupo Trend tour operator. Leite, who has 10 years of experience in sales and has worked in the car rental business, will join the Trend team in São Paulo.

Thomas Marcial has been named vice president of global sales and marketing for Amerilink,
the Chinese hotel aggregator. He comes to Amerilink from CTN Tours in New York City, where he was assistant product director. Marcial served at CTN for more than 19 years. He’ll continue to be based in New York. 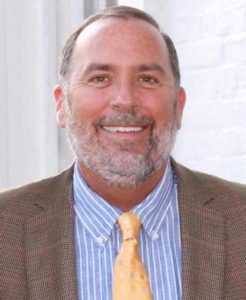 ILLINOISouth Tourism, which bills itself as the largest tourism bureau in Illinois has a new president and CEO—Dan Krankeola. He succeeds Jo Kathmann, who has retired from the post. Krankeola joined the bureau as sales manager in 2009. He took on additional marketing duties when the bureau expanded from 10 to 19 counties in 2012. The agency now covers 22 counties.

Eleanor McMahon has been appointed as Ontario’s Minister of Tourism, Culture and Sport. A member of the Ontario Legislative Assembly, the Liberal Party member is co-chair of the Legislative All Party Cycling Caucus. Her CV includes tenures as: director, public affairs, Petro-Canada; vice president communications and marketing at the Canadian Chamber of Commerce; and vice president, marketing and communications at United Way Ottawa/Centraide Ottawa.

REMINDER: With this issue, the Inbound Report will be published biweekly until after the USA’s Labor Day holiday (September 5, 2016), when we will resume publication on a weekly basis.