You are here: Home / United Kingdom / Is Brexit Having Any Impact on UK Arrivals? 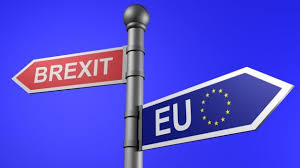 he negative impact of the June 23, 2016 vote by British citizens to withdraw from the European Union—a vote known popularly as “Brexit”—has not had any real impact on outbound tourism to the USA this year and will not, receptive tour operators and other senior industry players tell the Inbound Report, have any measurable impact for the rest of the year. They point out that, by the time the Brexit vote took place, nearly all 2016 leisure travel to the USA had been booked and paid for. The latter is one of the reasons that the figures for travel to America by British will register a healthy increase.

Indeed, before June 23rd, available data indicate that UK visits to the USA were on track to set a record. In the first quarter of 2016, UK arrivals were up 10 percent, year-on-year, over the same period last year. We won’t really know for sure if Brexit had an impact until Q3 figures are released by the U.S. Department of Commerce’s National Travel and Tourism Office (NTTO), which probably won’t take place until late this year.

It is also unclear that the decline of the British pound sterling against the U.S. dollar immediately following the Brexit vote will have that much of an impact. Despite the fears generated by the immediate, post-Brexit decline in the value of the by 10 percent in the week following Brexit, the exchange rate quickly stabilized at a level of $1.30, more or less, and has remained there.

Value of the Pound vs. the U.S. Dollar

In the meantime, tour and travel industry observers and business analysts in the UK seem to believe that the outlook for 2017, while not strong or robust, is sound, with overseas business volume likely to increase in the mid-single digit percentages. We’ll probably have a better idea on this two months from now, when the World Travel Market convenes in London. The Inbound Report will be there.