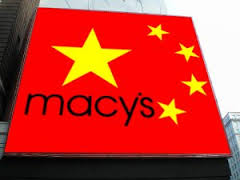 In this recently published article, which appeared on Lexology.com, attorney Feynman Zhiwen Liand, who is with the Guangzhou-based Jiaquan law firm (it specializes in intellectual property matters), details how Macy’s, one of the most recognizable global brands in shopping and a major player in the tourism industry, fought off a Chinese cyber squatter.

Macy’s is the trademark owner of 9 Chinese trademarks (registered in 1994) and over 100 trademarks of “Macy’s” all over the world. Macy’s discovered that Guowang has registered the domain names of “macys.com.cn” and “macys.cn” in 1999 and 2003 but it has never put the domain name in real use. Macy’s then filed a complaint before Beijing IP Court on trademark infringement and unfair competition of Guowang. In the complaint, Macy’s pleaded the court order Guomao to transfer the domain name back to Macy’s and pay damages of CNY 200,000 (USD 29,000).

In the judgment, the court rules from the following two aspects:

Guowang has never put the domain name into use and therefore it does not infringe the exclusive right of trademark of Macy’s.

Guowang’s act has led to confusion among Chinese public and cause harm to the fair environment of competition, constituting unfair competition.

According to Anti Unfair Competition Law of P. R. China

“Unfair competition”, in this Law, means activities made by managers who damage the others’ legal rights and interests, disturb the order of social economy and violate the provisions of this Law.

The Anti Unfair Competition law stipulates that any act damaging the legal rights and interest of the other in violation of the provisions of this law constitutes unfair competition.

According to “Judicial Interpretation on Several Issues Concerning Application of Law in Trial of Civil Dispute Case related to Domain Name” by Supreme People’s Court of P. R. China

Article 4 When People’s court hears domain name dispute case, if the following conditions are met, the court should hold that registering and using of domain name by the defendant constitute infringement or unfair competition:

(1) The civil right of plaintiff seeking for protect is legitimate and valid;

(4) The defendant has bad faith in registering and using the domain name.

In this case, first of all, Macy’s is the legitimate owner of the trademark, trade name and domain name which is registered or generated before the registration date of the disputed domain names of “macys.cn” and “macys.com.cn”.

Thirdly, the registration of the disputed domain names of “macys.cn” and “macys.com.cn” is lack of reasonable basis.

Last but not the least, Guowang has bad faith in registering and using the domain name.

According to “Judicial Interpretation on Several Issues Concerning Application of Law in Trial of Civil Dispute Case related to Domain Name” by Supreme People’s Court of P. R. China

Article 5 The People’s Court should hold the defendant has bad faith if any of the following conditions is met:

After registration, Guowang has never used the disputed domain name and its registration has blocked Macy’s from registering and using the domain names. Therefore, Guowang’s act is lack of proper purpose and carries bad faith.

In conclusion, Guowang’s act has met all the four conditions of the Judicial Interpretation and constitutes unfair competition.

India: Where to from Here?
What Is USA Share of China’s Outbound Travel?